Research grants of up to £400 each are available annually for student members of the RMA (or members of RMA student groups) and member scholars with no access to institutional support.

The RMA provides support towards the costs of expenses associated with travel for research, and the presentation of work (including the performance of compositions) at conferences, festivals, and workshops; reproduction and translation costs for publications; costs associated with performance, recording, and production; and the purchase of equipment or materials for a specific piece of research (student members must confirm in the case of such requests that the equipment is not available for use via their institution).

In line with the RMA’s commitment to equality, diversity and inclusion, we encourage applications from across the full spectrum of music studies, including individuals from currently underrepresented groups.

RMA student members (or members of RMA student groups) and member scholars with no access to institutional support are invited to apply.

Grants are awarded competitively, and where necessary, preference may be given to applicants who were not in receipt of an award in the previous calendar year.

Awardees are expected to submit a short post-award report of 200 words as a requirement of the award. This will be used (among other things) for publicity and website/social media content.

The deadlines for grant requests are 1 May and 1 November.

Applications are made directly via email to the Chair of the Awards Committee (see RMA Committees). State your name and “RMA application” in the email subject header. The application consists of two separate parts:

The Frank Howes Memorial Fund was endowed to the RMA to assist students, and is now applied to one of the Small Research Grants annually. 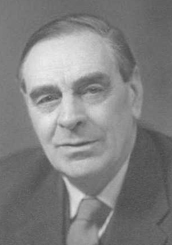 Frank Howes CBE (1891-1974) was President of the Royal Musical Association from 1947 until 1958.  He lectured in music history at the Royal College of Music for over thirty years, and in 1943 he succeeded H. C. Colles as chief music critic of The Times.  His publications include a study of William Byrd (1928), and works on the psychology of music, including The Borderland of Music and Psychology (1926) and Man, Mind and Music (1948).  His support for Vaughan Williams and Walton led him to produce monographs on each, and among his last major works were volumes on The English Musical Renaissance (1966) and The Folk Music of Britain – and Beyond (1970).

Amazing Grace and its legacies