The RMA Student Committee liaises between the wider student body and the RMA, acting as a voice for students in the RMA and taking an active role in shaping and promoting student-related activities of the RMA.

Student members of the committee are elected annually and stand for two years. Information on Student Committee elections are announced in September or October.

Our work includes canvassing students for their opinions on RMA-related student matters, fielding issues raised by students, promoting the RMA in our departments and helping organise the annual Research Students’ Conference.

If you have an idea for something the RMA could do for students, or if you want to raise any other issues, please contact one of our student representatives. 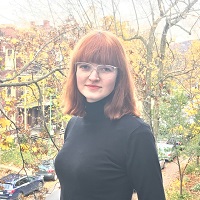 Barbora Vacková is a 2nd year PhD candidate and recipient of the Scholarship in Contemporary Music Studies at the University of Huddersfield. Her research project focuses on Czechoslovak women composers during the communist era (1948-1989) and conditions for female compositional activity within a socialist state. She obtained her bachelor’s degree in Musicology & English and American Studies and master’s degree in Musicology at Charles University in Prague. 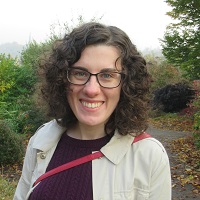 Elsa Marshall is a final year PhD Music candidate at the University of Sheffield where she is using archival research and audiovisual analysis to trace the business and craft behind cinematic integration in the 1954 MGM musical Seven Brides for Seven Brothers. She holds a Doctoral Academy Award from the University of Sheffield, and a Social Science and Humanities Research Council of Canada Doctoral Fellowship. She has contributed to online publications for IASPM-US and the Society of American Music, and has presented on the relationship between music and narrative in film musicals, silent film, and concept albums at several international conferences. Elsa is currently part of the British Audio-Visual Research Network organising committee and a member of the EDIMS student working group, and she is working as a PhD Tutor for the Brilliant Club. 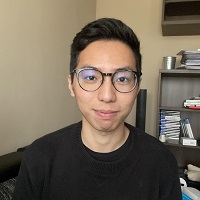 Pan’s master’s dissertation explores the reflection of Taoist dream-philosophy on the notion of life and death in Mahler’s Das Lied von der Erde; while his PhD project, funded by the Macau government, focuses on the aesthetic and psychoanalytic investigation of Schubert’s ‘dreamlike’ music. Besides, he is an occasional thereminist.

David Dewar is a 3rd year PhD student in Musicology at Bristol, looking at interrelationships between professional and amateur musicians in Britain in the early 20th century. Career as performer for approx. 30 years as conductor, organist, harpsichordist, and horn player. Interested in practical and interdisciplinary uses of music for physical and mental wellbeing in ‘Long-COViD’. 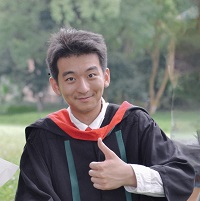 David currently studies musicology at the University of Oxford. He is interested in historical musicology and German nationalism in the 19th century, Asian propaganda music in the cold war, and the reception history of Western art music in East Asia. He also enjoys composing for choir and conducting. 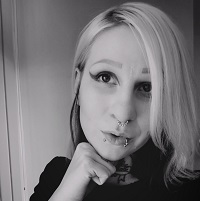 Madison Miller is a PhD candidate studying soundscapes at the University of Wolverhampton. Originally from the United States, Madison received her BA in in Philosophy, Psychology, and English in 2015 from Millersville University. Later, she moved to England in 2017 to pursue her MA in Media and Communication at Bournemouth University. In the past, she ran the Millersville University Philosophical Society. She currently runs the Doctoral Students Society at Wolverhampton.

Madison is interested in exploring soundscapes and takes inspiration from meditative music and ambience. Outside of academic interests, you can find Madison drinking coffee, watching movies, or experimenting with photography. 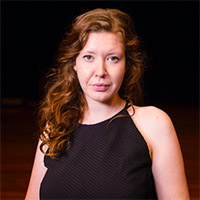 communications@rma.ac.uk
Ellen Falconer is currently a doctoral student at Royal College of Music, London. Ellen’s research focusses on pianist-composer Alfredo Casella, and Italian Modernist piano music during the Fascist regime. Unlike the music of other dictatorial regimes, the music of Fascist Italy has undergone little scrutiny. Alfredo Casella (1883-1947) was heralded as the leader and hero of Italian Modernism by musical peers and academics alike, yet little scholarship exists on his compositional practice, musical style, and cultural legacy. Ellen’s project looks specifically at Casella’s solo piano music, and four-hand piano music; which will be recorded throughout her programme. Ellen’s project will provide an authoritative historical and cultural understanding of how to interpret and perform Casella’s piano music, and will present the rationale for a revision as to musicologists, composers and performers’ understanding of his music.
Previously, Ellen completed her MMus in Performance at Goldsmiths, University of London; and undergraduate degrees with Honours in Music Performance and Art History and Curatorship at the Australian National University.

Women and Gender in Art Music of the Eastern Bloc