In this post, our Student Committee member Rachel Johnson shares her story of giving birth and undertaking a PhD: her account magnificently illustrates both the joys and challenges of such an experience. Rachel is currently a PhD student at the RNCM, supported by an AHRC Studentship, researching musical networks in early-Victorian Manchester. 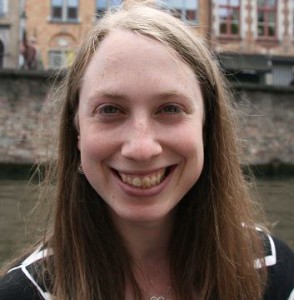 Babies don’t follow plans. This may sound obvious, I thought it obvious too, but it is still my biggest lesson of the past year.

If you had spoken to me last January you would have found me quite good at planning. I was juggling being a PhD student, flute teacher, freelance flautist, Army Reserve musician and mountain rescuer, so I had to be. My husband had been broody for years and, though I was a little scared of the idea, I was fast reaching the conclusion there would be no perfect time to try for a baby, so we might as well get on with it. I was 28 and, while growing up, had always planned to have children by 30 if I could. That suddenly seemed very soon.

The position I found myself in, thinking about motherhood just halfway through a part-time PhD, is not uncommon. 40% of postgraduate students in the UK are over 30, at postgraduate research level the proportion of women is around 47%, and in 2014 the average age of all mothers was 30.2 years. And of course this doesn’t include the number of students who might be thinking about becoming fathers.

The plan going forward was by necessity vague. I thought I understood that every pregnancy and every baby is unique, but I did, nonetheless, have an outline of a plan in my mind, incorporating a degree of flexibility to allow for the uncertainty in what was to come. Or so I thought. My AHRC Studentship made provision for six months paid maternity leave, with the option to take a further six months unpaid. I planned to get as far ahead with my research as I could while pregnant, then expected to keep things ticking along while on leave and to return after six months.

The first surprise was getting pregnant straight away. Part of me had assumed I had time before this all happened. I wasn’t ready! There was so much still to do! Then my plan for getting ahead immediately ran into problems when I was completely floored by first-trimester exhaustion. ‘You may feel tired,’ the books said. Tired? I could do tired! I couldn’t, it turned out, do unable to think clearly, unable to wake up in the morning, fast asleep on the sofa by 5pm pregnancy-tired. I couldn’t even turn to caffeine, though I did treat myself to an espresso just before giving a conference paper; but this being my first coffee in weeks it gave me the shakes, and as my Director of Studies did not know I was expecting he now thinks I am a really nervous speaker.

About twelve weeks in I got my energy back, just in time to attend my first international conference – the Nineteenth Century Studies Association conference in Boston, Massachusetts. With hindsight, given the combination of pregnancy and jetlag, booking a place in a 6-bed youth hostel dorm was not the brightest of ideas. My morning sickness also never quite caught up with the time difference and became teatime sickness (it was a disappointment to be staying in the middle of Chinatown and to never feel like dinner), while the conference reception of wine and soft cheeses was a peculiar form of torture.

Now well into the second trimester, I needed to inform the hierarchy of my pregnancy. I will admit I had been a little worried about how my department and supervisors would react but everyone was entirely supportive and helpful. I had chosen to tell my lead supervisor at twelve weeks as I wanted to be able to discuss my plans. The rest of my supervisory team and department found out some weeks later, on or around the day I presented at the college’s annual research student symposium, as by that point it was becoming obvious in any case. I am lucky to be in a department where the Director and Associate Director of Research are, as one of them put it, archetypal busy women, in the sense that ‘if you want something done ask a busy person to do it’. They had no doubt, as a fellow busy woman, I would be able to make it all work. My supervisors were also fantastic, speaking positively of other students who had babies during or just after PhDs, though it was quite telling that the two who are fathers encouraged me not to make any plans for post-baby, just see what happened and go with the flow, while the one who (as far as I know) does not have children was strongly encouraging me to use maternity leave to write up some of my conference papers for publication.

Things seemed to be going well. Okay, I hadn’t managed a huge amount of new research, but my pregnancy was going smoothly, I had written three papers in three months with another in the pipeline for a July conference, and I had a wonderful summer of archive visiting planned ahead of an October due date.

But then, at just 18 weeks into my pregnancy, my waters broke.

I rang the hospital at the time and was told the symptoms I reported were normal and nothing to worry about. It was not until my 20-week scan, when the sonographer suddenly went quiet and headed off to find a doctor, that I was diagnosed with PPROM – Preterm Prelabour Rupture of the Membranes. I found myself admitted to hospital and told to expect to lose my baby within 48 hours. No one expects to spend the night of their twenty-week scan on the delivery suite, listening to labouring mothers through the walls while your own uterus contracts in sympathy. Twenty weeks was too early, too small.

Nothing could be done but wait, so wait we did. And somehow minutes turned into hours, hours into days. The hospital sent me home, poor prognosis ringing in my ears (the consultant told us to plan for the worst but to hope for a miracle), where I sought information via Google from medical journals to online forums, entering a strange parallel world of micro preemies, late miscarriage and the margins of infant viability. I bought my baby a toy sheep. Whatever happened, I wanted him to have a cuddly toy.

Days became weeks and somehow he stayed put. I began to do a bit of work – I wasn’t much good at thinking and writing but I sorted out my filing, reorganised my computer folders and brought my annotated bibliography up-to-date for the first time in two years. We made it past 24 weeks, 28 weeks. Due to the lack of fluid we wouldn’t know until he was born if his lungs had developed enough to sustain life, but each day further brought more hope. Our complications sprung complications – pericardial effusion (for him), subchorionic haemorrhage (for me) and I was admitted a few times, then from 30 weeks not allowed home. During my weeks of hospital bed rest, I alternated listening to Radio 4’s Woman’s Hour while cross-stitching a blanket (proof alone that pregnancy has strange effects on one’s character!) with reading Foucault and Bourdieu.

At 34 weeks exactly baby Oliver was born by emergency caesarean (all that waiting and he still arrived in a hurry!). The relief when he came out angry and purple and screaming was tremendous. He did have underdeveloped lungs so spent time in neonatal intensive care, but after nineteen days mostly spent feeding and growing we got to take him home. We felt like the luckiest parents in the world – I still can’t quite believe we got to keep him.

Oliver is now seven months old. I have written most of this article with him dozing on my lap, with interludes to puree sweet potato, feed him melon and sterilise bottles. He continues to refuse to follow a nice neat plan and his life so far has been punctuated with hospital admissions for ongoing complications, though thankfully these are either things he will grow out of or are fixable with operations. He is a very cheerful little man with a broad grin and a Tintin quiff. He is also very interested in the world, to the extent that he doesn’t really do sleep, which combined with all the hospital time means PhD work has been somewhat patchy (though he does fall asleep when I practice the flute, which is very handy). I have just extended my suspension to a full year, with the full support of my department and supervisors.

Yet, while Oliver interrupted my plans in spectacular fashion, I think once life settles down I will be a better person and a better academic for it. I have learnt a lot about resilience, resourcefulness and flexibility over the past year. Whatever the world sends your way, you keep on going – you don’t really have much choice. I have also learnt that while plans have their place, there is a lot to be said for finding joy in the present and making the most of each day, whatever tomorrow may bring. Already I am making better use of what time I have (even if the best use of that time is to sleep!) and even when I procrastinate I find it is generally on something useful.

Babies don’t follow plans. But actually that’s okay. After all, think how boring our research would be if it always turned out exactly as we expected?

If you don’t have a studentship but are self employed and pay Class II National Insurance contributions, you qualify to receive the Maternity Allowance.