In this blog post, two lecturers at different stages of their career reflect on their path into academia. Dr Caroline Bithell is a Senior Lecturer in Ethnomusicology at the University of Manchester, she has written Transported by Song: Corsican Voices from Oral Tradition to World Stage (Scarecrow, 2007), A Different Voice, A Different Song: Reclaiming Community through the Natural Voice and World Song (OUP, 2014), and co-edited The Oxford Handbook of Music Revival with Juniper Hill (OUP, 2014). Dr Christopher Tarrant is a Lecturer in Music at Anglia Ruskin University; his research interests include Franz Schubert, Carl Nielsen, and psychoanalytical approaches to musical analysis.

My route to my present position as Senior Lecturer in Ethnomusicology at the University of Manchester was fashionably hybrid and very much in keeping with ethnomusicology’s interdisciplinary identity and diverse points of entry. After much teenage angst over whether I should pursue music or languages at university (I applied for both), I ended up reading Modern Languages at Oxford (ultimately specialising in medieval literature and linguistics) whilst making the most of extracurricular musical opportunities. My rather late discovery of the world of anthropology had the force of a conversion and, after graduating, I spent a year taking classes at the Institute of Social Anthropology and that’s where I would have stayed had the funding climate been more favourable.

Fast-forward ten years. I was now living in Wales with three young children and a packed diary. Among other things, I ran singing workshops and continuing education courses for adults, led music workshops for children at art galleries, co-organised a music and dance summer camp, and oversaw the external events programme for a music festival. I continued my professional development by attending symposia and festivals devoted to world music, voice and experimental theatre. One day a friend announced: ‘You should be studying ethnomusicology. Go and find out more about it now’. Shortly afterwards I did a week-long workshop of Corsican singing at a women’s music festival in Belgium and suddenly everything clicked. In a matter of months I was starting a PhD (at Bangor) on the revival of traditional music in Corsica, armed with a generous award from the British Academy, who had looked favourably on the case I made for applying methodological approaches from linguistics to my study of Corsican polyphony with its roots in the oral tradition, its subtle local variants and its recent history of decline and revitalisation.

Conferences now became an indispensable part of my education. The first paper I presented led to an invitation to submit my first journal article and write an entry for Grove. Not long after, I was elected to the committee of the British Forum for Ethnomusicology and became co-editor of its newsletter. On completion of my PhD I was lucky enough to be able to stay on to teach at Bangor – initially on a part-time temporary contract, alongside which I undertook consultancy work. During my time at Bangor I developed new teaching specialisms, served as co-editor of the journal Ethnomusicology Forum, published several journal articles and invited book chapters, and (during a sabbatical year in which I returned to Corsica to pursue new research) wrote my book on Corsica. When, after seven years at Bangor, I joined the Music department at Manchester as their first ethnomusicologist, my track record in teaching courses in arts administration and community music (drawing on my own professional experience) added extra weight to my application.

What advice, then, would I give to younger scholars trying to get a foot on the ladder? Keep educating yourself while snapping up whatever experience you can. Remember that it isn’t only ‘regular’ teaching scenarios that count. Social responsibility and public engagement are now an important part of the institutional agenda and applied work has gained a stronger foothold in many disciplines, including our own. Approach everything you do critically and creatively. Practice participant-observation. How does this thing work? What are the rewards or benefits, for whom, and why? Do some reading around it. Maybe write a blog. Wearing your transferable skills hat, think about how your experience ticks boxes in terms of the criteria that appear in job adverts. Keep working on your publications. Pull together a couple of journal articles or consider how you might turn your PhD into a book. If someone invites you to contribute to an edited volume, do it: a good editor will also be a good mentor. Go to conferences: listen critically then go away and read the books people are talking about. When applying for a job, do your research. What could you offer in terms of added value? What is currently missing from the broader departmental profile that you could provide or help develop? What might appeal to today’s students that relates to ways in which you, as a younger scholar, have a finger on the pulse? Remember that the ‘norms’ that are often invoked are not static, unbending or exclusive. And if you end up going off and doing something else for a few years, relax: as my own trajectory proves, it doesn’t mean you’ve burnt your bridges as far as a future career in academia is concerned. 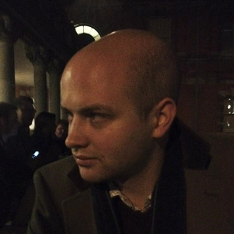 Around the time I was finishing my PhD thesis, my supervisor gave me a friendly warning. He said ‘you’re in for a bumpy ride for the next few years’. He was not wrong. Although I was applying for research positions during this time, I had considerably greater success when it came to teaching jobs. So, although I repeatedly and ritualistically applied for the BA, Leverhulme, and Oxbridge JRF opportunities that came up, I’m going to ignore these for now and focus on my experiences of managing a string of teaching jobs within university music departments. Throughout this time I found that different levels of desperation led to an unhealthy obsession with checking the jobs sites. In hindsight, I can see that it was not at all stupid for jobs.ac.uk to ask where you search for jobs in their feedback form (which I dutifully filled in), the options including ‘at work’, ‘in bed’, and ‘on the toilet’. Moreover, for much of this period, my research was operating at the level of a hobby that I did in my own time. That said, I will also say that going down this route is a great way to get experience at some excellent universities.

One of the other bits of advice I got from my former supervisor was to start applying for jobs that looked hopelessly out of reach. By which I do not mean ‘Professor and Head of Department’ jobs, but the ones advertised as ‘Lecturer/Senior Lecturer’. I was pleasantly surprised at the ones I ended up getting interviews for, and by the end of my first summer of applying I had been interviewed 4 times.

After three unsuccessful interviews I ended up getting a teaching fellowship at Newcastle University. The interview was on Monday of freshers’ week and they wanted me to start teaching the following Monday. I was living in London at the time, and I could not simply move up to Tyneside: in London I have a girlfriend and a dog and, you know, a life. So that year meant a long and very worthwhile commute. Although salaries for teaching fellowships are nothing to complain about, it is difficult to make any money if you’re doing a long commute (about 17,000 miles that year) and having to lodge somewhere for half of that time. But I wasn’t complaining: I had a job in my first year out of my PhD, and in a very fine city too!

The following year was not so good. After using the same strategy as the previous round, I did not manage to find anything solid. The REF had just finished, and I got the feeling that the academic job market had temporarily gone into hibernation. In a visit to my local Jobcentre Plus I was told that I was not entitled to either category of Jobseeker’s Allowance, owing to a double-bind of ‘girlfriend earning above the income threshold’ and ‘no continuous employment for 24 months’ (and being a student does you no favours there!), so I ended up teaching in the challenging Oxford tutorial system. Don’t get me wrong – I was relieved to be doing some (any!) teaching, and with some excellent undergraduates too. But after factoring in the cost and time of commuting, the rate of pay was usually somewhere below the minimum wage and the number of hours varied wildly from week to week, which left me feeling quite powerless. After a while I ended up taking a job in a music shop in central London for three days a week, leaving me some time to concentrate on getting some work published while trying to pay the bills.

After one more round of interviews, in my third year of trying, I ended up with another teaching fellowship, this time in Bristol, which was a great job (and a shorter commute…) but I had not yet been shortlisted for a single permanent position. Like the busses, though, two eventually came along at once. The first was at a London conservatoire, where I was not successful, and the second was at Anglia Ruskin University, which I did get. This came as a shock to me since I thought I’d be doing the rounds for the permanent ones at least as long as I had been doing interviews for temporary teaching fellowships. By this point I already had 13 interviews under my belt, so I could fairly confidently predict some of the questions that would come up, but I was still completely amazed when I got the call the following afternoon.

I have no idea whether my experience is representative. I expect everyone has a different story to tell, and those who went down the JRF/postdoc route will undoubtedly have met different challenges compared to my more teaching-based career trajectory. My route was made a little more painful because my ‘unemployed year’ came after I had already been working as a full-time teaching fellow, but I also count myself lucky that I was in a position to apply for the ARU job when it came up.

I cannot claim to be an expert, but here is a digest of my advice to those entering the job market. There will undoubtedly be some who will disagree with me. I am not claiming any inside knowledge: these are just a few rules of thumb that I stuck to during four years of making applications. You can make your own mind up from my above remarks whether you think these were successful.

And finally, here are my match stats: