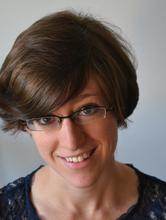 Continuing our series of interviews with RMA prize winners, we interviewed the 2015 recipient of the Jerome Roche Prize, Dr. Kate Guthrie, before her keynote lecture on the second day of the RMA/BFE 2017 Research Student’s Conference at Canterbury Christ Church University. Among other things, we asked Kate about her current research, interdisciplinarity, her musical tastes and her future research.

1) Can you speak a little bit about your prize-winning article ‘Propaganda Music in Second World War Britain: John Ireland’s Epic March’ for our readership. What is your central argument and why is it important reading for musicologists?

The article is looking at what happened to the relationship between art music and politics during the Second World War. I’m particularly interested in how the social and political developments during that time made it possible for critics and composers to reconfigure that relationship. So there’s this idea that goes back a long way in musicology (and even before the discipline existed) that art music somehow operates in a separate realm from politics. An early example is the idea of the “occasional work” that emerged as a counterpart to work concept the in the late eighteenth century. A similar distinction was often drawn in the twentieth century. I was trying to show how the political circumstances of the Second World War complicated this idea – how the social and political demands of the moment made it possible, or perhaps necessary, for composers and their critics to imagine art music as political in a way that wasn’t possible in times of peace.

Well, that makes it sound as if it is a field in its own right… I think that interdisciplinarity is something that I really value in my own research; certainly some of my most stimulating conversations have been with people working in other disciplines. I think it exposes your own blind-spots, the assumptions that you’ve made, and opens you up to different ways of thinking about your work, your aesthetic objects…

As for whether undergraduate programmes should be more interdisciplinary, I would say not necessarily. To my mind–besides giving people a degree that will increase their employability and all that kind of stuff–one of the best things about doing an arts and humanities degree is that you have the opportunity to learn to think about the world more critically. Interdisciplinary studies is one way of doing that, but I don’t think it’s the only way. And I also think that there are practical questions. Disciplines are really important, they give people a sense of identity and particularly when you are an undergraduate, that can give you a grounding in a new place.

3) What would be the one most important piece of advice you’d give to doctoral students aspiring to a career in academia?

So, if you want to get a job, I would say the most important thing is probably to try and publish one or two really good articles in prestigious journals. As they introduce the teaching excellence framework, there’s a chance that there will be more ‘teaching-only’ type contracts becoming available, but if you want to make yourself competitive for jobs that are both teaching and research, you need to publish something good!

4) Can you tell us what it was like to present your research on television and radio? How important is public engagement and outreach to society more broadly?

I have quite limited experience of working with TV and radio producers, but what I’ve done has been really fun. I really liked meeting new people and it’s interesting to, you know, talk to different people about your work. Is social outreach important? Yes, I think so. I think it’s important on different levels, so I guess within the context of music in particular, I think that having access to the arts can enrich peoples’ life experience. Certainly that’s been my own experience, and creating new opportunities for people to have those kinds of encounters can only be a good thing. More broadly, I think that, particularly in the current political climate, intellectuals have a hugely important role to play in terms of challenging people to keep thinking critically about the world. You know everyone’s talking about being in the post-truth era at the moment, so I think our role in that is as important as ever.

5) One of your prominent research interests has been musical culture and the middlebrow. In what way does your own research contribute to a better understanding of the middlebrow?

A huge question! So, the idea of middlebrow culture is quite a recent interest within musicology – it’s only really in the past five or six years that musicologists have started to think about it. In my own work, I’m interested in it in two ways. First, as a kind of historical milieu, I think it provides a good lens onto culture in mid-twentieth century Britain and so I’m interested in looking at it as a kind of historical set of practices, institutions, ideas for disseminating and creating musical culture. I’m also interested in it as a conceptual tool: I think that there’s something about the ‘inbetween-ness’ of middlebrow culture that’s really useful for deconstructing some of the high-low binaries that still persist today. So, hopefully my work does both those things.

6) Have you had any mentors or people who have inspired you during your career so far?

I’ve been incredibly lucky to have had a number of mentors who have been very generous with their time and their intellectual ideas, particularly during my PhD and also during my post-doc. It’s been really helpful for getting established in academia because these people have showed me the ropes and helped me work out what the hurdles are that I needed to jump through. I feel very grateful to those people and would definitely recommend anybody taking advantage of that where they have the opportunity to do so.

7) If you weren’t a musicologist or academic, are there any other avenues you might have pursued?

I very nearly didn’t become a musicologist. After my undergraduate degree, I went to work for a charity writing education resources. I’ve also thought about becoming a vicar, but I think that probably won’t happen any time soon!

8) What music do you like to listen to or play in your spare time?

All sorts of music. My upbringing was very much in classical music, but my husband has a much broader taste and that’s rubbed off on me over the years. A band I’m excited about at the moment is Public Service Broadcasting – they’re an electronic group that take samples from famous public service broadcasts that they then remix. I think I got interested in them because their first album drew a lot of material from the 1940s, which was the period I was researching at the time. It’s great music to dance to!

The other band that I’m really into at the moment are called I am Kloot, who are from Manchester, and do much more acoustic-style music. They write fantastic words that seem to capture something about the experience of life.

(Do you see any future research potential with Public Service Broadcasting?)

I had wondered about that actually. I have included them in lectures and have been wondering about whether it would be viable to pick that up. Popular music is not a thing I’ve spent a lot of time writing about, so that would be a new challenge. It would be a good excuse to go to some more of their gigs though!

(So it seems that you do listen to music in private?)

Yes. In a way though I think that it’s a separate thing from my academic job. Music has always been a huge passion and I still play as well, but I don’t think you need to be enthusiastic about music to be a musicologist. I mean maybe it helps. We have music on all the time at home.

9) In what directions do you hope to take your future research?

I have got two big things that I’m working on that will probably keep me occupied for the next couple of years. One of them is finishing my first book, which is looking at some of the initiatives that were set up between the 1920s and the 1960s to try to create a bigger audience for art music in Britain. The other thing I’m doing is co-organising a big conference on music and middlebrow culture (musicandthemiddlebrow.org) and we’re hoping that we’ll do a collected edition out of that, which will obviously also be quite a big undertaking. Once those things are done, I think I want to do a project on cultural diplomacy and attempts to promote British culture abroad in the twentieth century – but that’s probably a few years down the line!